How to avoid CJK font when use Dolphin Jetpack on Nexus7 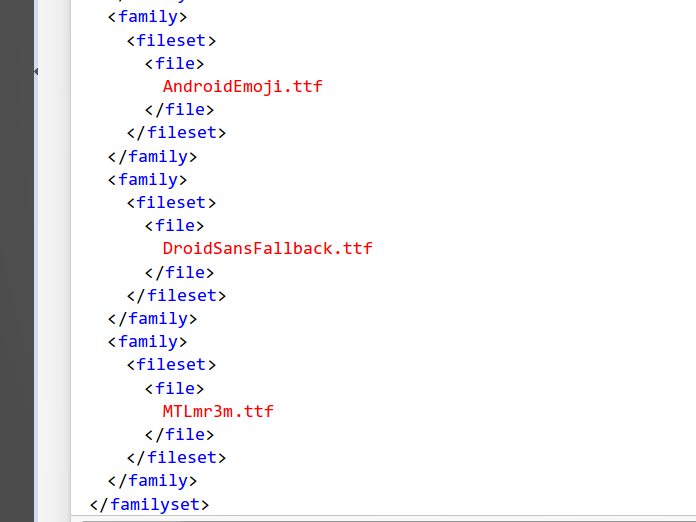 I tried Dolphin Jetpack, which is said that it makes Dolphin browser extremely fast.

Dolphin Jetpack uses its own improved Webkit rendering engine. They say that Dolphin browser with Jetpack is 5x-10x faster than Android browser and 2x faster than Chrome.

However, on Nexus7, Dolphin browser with Jetpack uses CJK font instead of Japanese font. CJK font is a package of Chinese, Japanese, and Korean fonts. It contains 30K characters into only 3Mbyte size. But it is not appropriate for displaying Japanese. It's not good to use CJK font becuase Nexus7 has a beautiful Japanese font.

I fonud a reason by checking the Internet. I have to fix the order of fonts in the fallback_fonts.xml.

There is a file named fallback_fonts.xml under the /system/etc, which describes font name to be applied. The written order of the fonts means priority. The last three entries of the file is AndroidEmoji.ttf, DroidSansFallback.ttf, and MTLmr3m.ttf. DroidSansFallback.ttf is CJK font, and it is written above Japanese font (MTLmr3m.ttf), and prior to it.

So, I changed the order of the last two entries of fallback_fonts.xml. Then beautiful Motoya font (Japanese) displayed even Dolphin Jetpack is on.

You must have root privileges to rewrite fallback_fonts.xml.